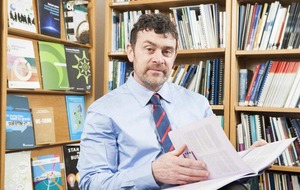 THE vast majority of firms across Ireland are either stable or growing, according to a report.

The latest monitor found 89 per cent of firms were at least stable while 41 per cent of companies in Northern Ireland were in growth mode.

The figures, which cover the final quarter of 2015, found 77 per cent of businesses were close to or at full capacity.

The monitor found manufacturing to be the strongest sector with almost half of firms questioned reporting growth.

However, the leisure, hotels and catering sector was weakest with less than a quarter (23 per cent) anticipating an increase in trade.

InterTradeIreland’s strategy and policy director Aidan Gough said: “An intensely competitive market, relatively low input costs and discounting from competitors, while signs of a healthy market place, especially from a consumers’ point of view, are nonetheless constraining firms’ ability to grow. Those that are, are characterised by their investment in innovation and exporting to new markets, including the cross-border market on the island.

“With the lack of inflationary pressures in the marketplace the immediate threat of an increase in interest rates appears to have abated again for the present. We asked companies what they felt the effect would be in terms of borrowing or debt if rates were to increase in the future. Two-fifths (39 per cent) of businesses felt that there would be consequences for them with 15 per cent of those with more than 50 employees feeling this would have a lot of impact, presumably as borrowing and leverage is higher in these firms.

“Although almost half of companies (45 per cent) felt that they were in a good position to apply for funding, this appears to be along the tried and tested avenues which may be less economically advantageous and not viable for a sustained period.”

James is a director with JCR Network Services Ltd, which provides sales, marketing and business development expertise to local SMEs in Ireland and the UK. Many businesses have developed their growth strategies through our focussed actions. We specialise in helping the agri-food , emerging technology, manufacturing and services sectors.